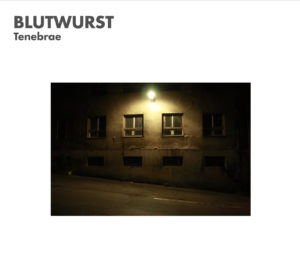 Tenebrae is based on some fragments taken from the vocal work “Tenebrae factae sunt”, part of “Responsoria et alia ad Officium Hebdomandae Sanctae spectantia”, composed in 1611 by Carlo Gesualdo da Venosa. The original material is submitted to a process of time stretching that modifies the relations between the melodic lines. Another change occurs, in an almost spontaneous way, through an analog manipulation of the sound on magnetic tapes, where are recorded instrumental excerpts produced by the musicians of the ensemble. The low quality of the tape recording gives a distinctive grain feature to the sound, distorting it and exasperating its transformation. Released on May 6, 2016.